Paul Cohen, originally from Queens, New York, and educated at Queens College and The George Washington University was a mental health administrator in Staten Island, Buffalo and Trenton before relocating to San Francisco. During his college career he was the Student Body President at Queens College and the Chair of the National Supervisory Board of the National Student Association. In the Bay Area he served in management positions in private, nonprofit and municipal organizations. He retired as the Northern California Director of Hillel International. Jodi Bromberg has been the president of InterfaithFamily since October 1, 2013—the day that the Pew Report on Jewish Americans came out. Prior to joining InterfaithFamily, she most recently practiced corporate law, predominantly with non-profit organizations and small businesses.

A graduate of the University of Pennsylvania and Temple University Beasley School of Law, Jodi is excited to now advocate and work on behalf of interfaith families interested in exploring Jewish life, and in the past year, has written for eJewish Philanthropy, the Jewish Journal, the Philadelphia Jewish Exponent and the Jewish Daily Forward. She has also been speaking and advocating on behalf of the inclusion of interfaith families in Jewish life, most recently at the International Lion of Judah Conference, and serves on the Advisory Boards of Honeymoon Israel and Seder2015. After growing up in northern New Jersey, and living in the Philadelphia area for the past 20 years, Jodi, her spouse and preschooler twin boys now live outside of Boston. (But she remains a diehard New York Yankees fan!) 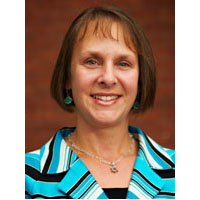 Joanna Ballantine is currently Vice President at The Trustees of Reservations whose mission is to preserve, for public use and enjoyment, places of exceptional scenic, historic and ecological value in Massachusetts. Prior to joining The Trustees, Joanna was Executive Director of The Harold Grinspoon Foundation for over a decade and was instrumental in the creation and growth of the organization’s three signature programs: PJ Library, PJ’s sister program Sifriyat Pijama in Israel and JCamp180 focused on the Jewish overnight camping sector. In her twenty plus years of work in the Jewish world, Joanna has focused on outreach and engagement of interfaith families. She lives in Amherst, MA with her teenage son Caleb, husband Clay and is proud her daughter Hannah attends Hampshire College. 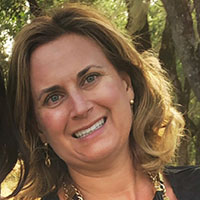 Laurie Beijen currently runs a real estate investment and management business, after a lengthy career in political and policy communications. She serves on IFF’s Program Committee and is also on the San Francisco Bay Area IFF Leadership Council. She is also currently actively involved with Congregation Emanu-El of San Francisco, where she is on the Interfaith programming committee and the Tribe for Women (moms’ group) programming committee. She also actively serves on the Parent Association of the Brandeis School of San Francisco. Laurie lives in San Francisco with her husband and two kids. Michael Cedillos is an attorney and shareholder in the litigation department of Greenberg Traurig, LLP. Michael joined the IFF Board in May 2013 and is also a member of the Jewish Federations of North America National Young Leadership Cabinet and a past Campaign Co-Chair of the Executive Committee of the Young Lawyers Group of the Jewish United Fund/Jewish Federation of Metropolitan Chicago. She earned her bachelor’s degree from the University of California, Berkeley, and her law degree from the University of Michigan Law School. 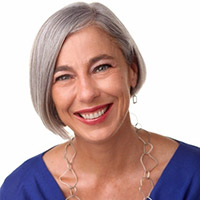 Dr. Mary Fernández consults with non-profit organizations on strategy, operational planning, and leadership development.  During her three-decade career, she has been a non-profit leader, a research computer scientist and technology leader, and a passionate mentor and advocate of students from historically under-represented groups in science and engineering.  She earned an AB and ScM at Brown University and the PhD at Princeton University.  Mary became a Jew after raising two Jewish daughters with her husband, Adam Buchsbaum.  Mary is currently is trustee and VP of Education and Worship at Temple B’nai Or in Morristown, NJ, where she especially loves singing and praying at Mishpacha T’filah (Family Prayer) during Sunday morning religious school. 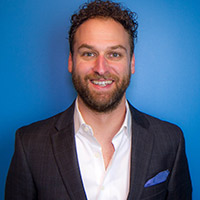 Michael is a Vice President of Technology Banking at Silicon Valley Bank’s Atlanta Office where he focuses on helping early stage tech companies grow. He has an MBA from Georgia Tech’s Scheller College of Business and attended the University of Colorado as an undergrad where he double majored in Political Science and Sociology. In his free time you can find him enjoying the outdoors with his wife Kasia, son Milo, and dog Stella either mountain biking, hiking, and snowboarding. Dr. Ruth Nemzoff is a resident scholar at The Brandeis University’s Women’s studies Research Center, with expertise on a remarkable range of topics including family dynamics, gender, women in the workplace, communication, mothering, and Jewish education. She both speaks and writes about intergenerational and interfaith relationships on many high profile platforms and is the author of two books: Don’t Bite Your Tongue: How to Foster Rewarding Relationships with Your Adult Children and Don’t Roll Your Eyes: Making In-laws into Family. Ruth also serves as a columnist for The Seesaw, a column about interfaith life in The Jewish Daily Forward. She is also the advice columnist for the Boston Jewish Journal and the Cincinnati Israelite and is a frequent blogger for The Huffington Post. Ruth had an extensive career in New Hampshire politics. Ruth joined the IFF Board in 2014. Karen Osterheld is a Senior Lecturer in the Department of Accountancy at Bentley University. Karen has been a full-time member of the Bentley faculty since 1990; among other things, she is responsible for the academic internship program for undergraduate and graduate students in the department. Karen has eleven years of business experience, primarily as a manager in the financial services industry. She has a strong background in the areas of internal controls analysis and accounting research and policy formulation.She earned her B.S. Degree in Mathematics from the State University of New York at Albany, and her M.B.A. Degree from the University of Wisconsin.She is a Certified Public Accountant in the state of Massachusetts. Karen joined the IFF Board in 2016 and is the Chair of the Finance Committee. Conrad is a software professional, with 20 years of experience in startups and Internet development. Currently, he is Vice President of Engineering at Splash, an event marketing product built in New York. He previously worked for Tumblr and Yahoo, specializing in security and content intelligence. He holds a degree in Art History from Stanford. Conrad joined the IFF Board in 2017, to provide a voice in tune with technology and new media. 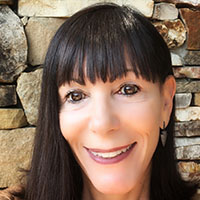 Linda Silberman is currently on the Board of Trustees at the Jewish Federation of Greater Atlanta, where she is co-Chair of Premier Gifts Community Campaign 2019, President of Women’s Philanthropy. She also serves on the board of Jewish Kids Groups and was the Chair of Development. She is on the Alliance Theatre Advisory Board in Atlanta. She has four amazing kids, five grandkids and great daughter and sons-in-law. Bruce W. Taylor is currently a Vice Chairman of MB Financial Bank and principal of Taylor Investment Partners, LLC. He previously served as Chairman of Taylor Capital Group from November 2006 until August 2014 and was a director of the Company since its inception in 1997. He also served as the Chief Executive Officer from November 2006 until March 2010 and President from 1997 until January 2008. In addition, Mr. Taylor was the Chairman of Cole Taylor Bank, a wholly owned subsidiary of the Company (the “Bank”), and served as the Bank’s President and Chief Executive Officer from 1994 until January 2008. He also served in various roles from 1984 until 1997 at Cole Taylor Financial Group (“CTFG”), the predecessor holding company of the Bank, and the Bank. Mr. Taylor is a member of the YPO and Chairman of East Central U.S. region for YPO Gold, chair of the governing commission of the Hillels of Illinois, treasurer and on the board of governors for the Metropolitan Planning Council of Chicago, Director of the Jewish Federation of Chicago, Midwest trustee of the Boys and Girls Clubs of America and is on the advisory board of MTL Insurance Company, a life insurance and annuity company located in Oak Brook, Illinois. He is also a past Chairman of the Board of the Chicago Center for Family Health and the Illinois Bankers Association. Bruce earned his B.S. from Babson College in 1977 and his MBA from the University of Wisconsin, Madison, in 1979.