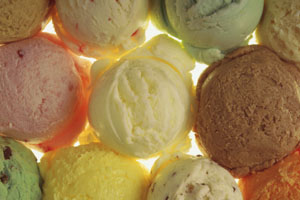 Often couples come from different backgrounds and it can be difficult to find common ground. But usually, if people have similar value systems, couples can work out compromises in their relationship. There are a variety of differences that affect a relationship. These differences make life interesting but sometimes differences cause conflict (and hopefully resolution). My family often says “That’s why there are so many different flavors of ice cream!” Here is an overview about some of the types of differences couples may face.

Religious Differences: In my large family, each of us siblings observe our religion in a different way. Many people remark that they can’t believe we were raised in the same house. As each of us has gotten married, we have evolved so that we have similar practices to our spouses. In fact, now that our society moves around so much more than people did 50 years ago, it makes sense that altering one’s religious practices to suit our spouse is the norm, not the exception. Indeed, the proximity to one’s parents may affect the level of practice. For example, if you are hundreds of miles from your parents but around the corner from your in-laws, your household’s religious practices are likely to evolve toward the practice of your in-laws. Sharing holidays with extended family is going to change your practices as well.

I remember my brother saying that his decisions should not be affected by the decisions of his brother-in-law. The reality is that once the in-laws moved to the same city, celebrations were modified. He adjusted and the family holidays look a bit different. I think my brother’s anticipation of what potential modifications might be was much scarier than the reality. I once told my kids I didn’t just marry Daddy, I married his whole family: his mom, his sister, his dad. If you have any concerns about your future in-laws, think carefully. Especially if kids are in the picture, any differences are magnified.

Geographic Differences: Being from different parts of the country can be another area where a couple needs to find compromise. East Coast, West Coast, Northeast, Deep South—finding common ground can be challenging in this area as well. As a Southerner, I have lived in the Northeast most of my adult life. Yet, during a recent cold snap, I mentioned that I wished I lived in the South. A friend commented, “Shouldn’t you be used to the cold by now?” I responded, “I guess the novelty has worn off.” Celebrating Christmas or Hanukkah in a snowy climate when you are used to never wearing a coat can be an adjustment. Similar adjustments include city vs. suburbs vs. rural living. My husband loves the city and I would be quite happy living in a rural environment. Suburb is the obvious compromise but not all issues can be resolved as easily.

Nationality Differences: For one couple in my extended family, the parents were from Europe and the daughter was born in Israel. She moved to the U.S. when she was a child but always called herself an Israeli. Her parents always referred to themselves as European. She married an American but always made comments referring to her Israeli pride. I think that this difference was a point of contention for the woman and her husband. Attitudes, manners, celebrations were always an issue for them. Both partners were Jewish but the nationality differences were a struggle for them. Ultimately, the couple divorced for a variety of reasons but nationality differences definitely caused some of their disagreement.

Cultural Differences: Some families have a sit-down dinner every night. Other families never eat together because the parents are always working. Some families believe that there should be a stay-at-home parent while other families prefer a live-in caretaker. Differences of opinion regarding parochial school or public school or even boarding school can exist in the same family. Some issues such as school can be worked out with relative ease but other issues can be a huge hurdle in a relationship. Do both partners intend to work? Do you believe in daycare or nannies or neither? Differences in attitudes can rise up. If one parent stays home for a while, will there be resentment? If one parent travels for work, will there be resentment?

Financial Differences: Some people like to spend money, others like to save it.  If one partner wants to travel to the Caribbean every winter but the financial situation does not allow for that, there should be some discussion. Does one partner want to eat out four nights a week at a sit-down restaurant? Do you agree on savings? Financial issues can be a major point of contention after several years of marriage. It is important to discuss what you and your partner expect regarding savings and debt. Don’t be afraid to disagree, but do have these discussions.

While you are dating, “what if” scenarios are helpful (but not binding because circumstances always change). It is good to discuss these issues to assess whether you and your partner can compromise. As they say, “Vive La Différence!” but keep your eyes open. You should be thinking like a team. If you find that you are feeling “alone” in your thinking, it might be good to seek counseling. Entering a marriage with confidence is paramount.

View all posts by Wendy Armon →