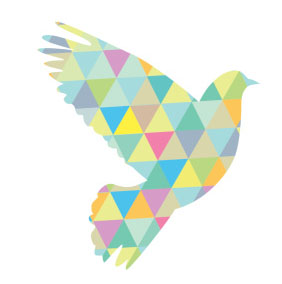 In the wake of the horrific attack at the office of Charlie Hebdo in Paris and the subsequent deaths in the kosher deli, there has been much talk on television, in print and online about the xenophobic and anti-Muslim reaction that followed in France and around the world. I have fielded angry and scared questions about how to punish those responsible and how we can maintain our sense of faith when we see so much violence in the world. And unfortunately, this isn’t the first time we have been exposed to such violence born of hatred and fear in our lifetime and certainly over the course of human history.

The Jewish community has known more than our fair share of this strain of human nature. Yet each time it happens, one very loud reaction seems to focus on the same call for violence and hatred pointed at the perpetrators. It seems only natural that we direct our rage and hurt and fear in the direction of those responsible. However, this rage we feel can darken and dull our sense of real justice and so many of us end up hating and persecuting those around us who in appearance or only in our minds have some tangential connection to the perpetrators. We too are often bound by fear of the other, that which we do not fully understand and the cycle of mistrust, of misinformation and blind hatred continues.

I understand the worry and even the hopelessness that we all felt when we received the first breaking news email about the attack in Paris and turned on the news to watch the events unfold—another instance of the worst of humanity. I imagine so many of us spent time asking why and then how. I cannot understand the intense anti-Muslim rhetoric, the assumption that all who believe different than we are responsible and should be exiled or worse.

We have come so far in the world, have so much more than our parents and grandparents; the ability to reach across the globe and communicate, the ability to access information at speeds unheard of a mere 10 or 20 years ago, the deep celebration and appreciation of diversity and struggle for complete equality in so many places that seemed impossible in generations past. Nevertheless, we are still plagued with the most basic of human reactions, revenge and hatred of what we do not know.

The work that we do at InterfaithFamily is about celebrating and embracing diversity, about opening our communities and ourselves to the possibility that there is more to gain than fear from “the other.” I try to live my life by this message because I want to live in a world where true and lasting peace in the broadest and the narrowest lens exists between family members and between nations. It saddens me when all of the remarkable strides we humans have made are diminished by violence and by the reactions to violence.

So let us remember and honor those who were killed in the choices we make every day, how we treat the strangers we encounter and what we teach our children about those with whom we disagree or just don’t understand. A Muslim man, Lassana Bathily was working at the Paris kosher grocery that day and saved several people by hiding them in the store’s walk-in freezer. Tell this story and find hope every day in all the individuals who make a difference, who act with bravery in the face of fear and who teach us that although we may at times witness the very worst of humanity, we can also, every day, see the spark of the best.

Our diversity is our strength and our future and I hope we will not allow our anger to weaken our commitment to it. Let us seek peace and pursue it, even in the face of those set to destroy it, even amid our justified fear and concern as we have done time and time again. Let our compassion and hope guide our reactions as we search for the light in humanity to dispel the darkness.