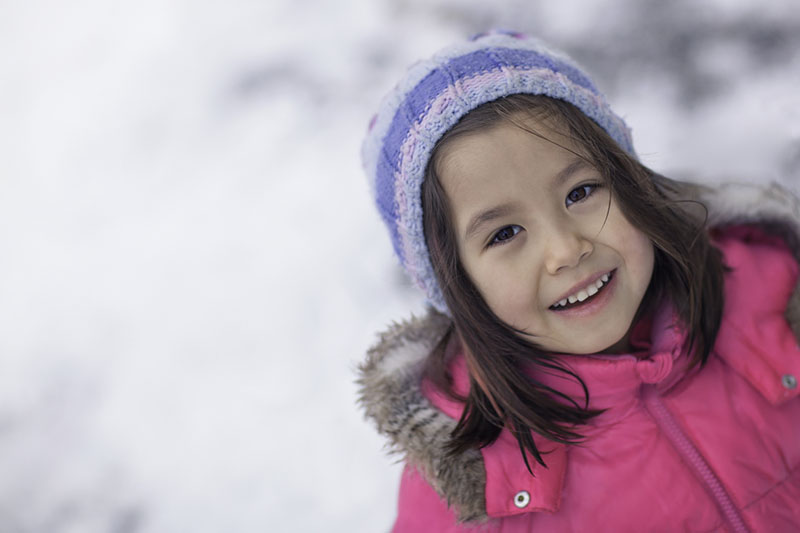 The other day my daughter said to me, “Mommy, you’re not the most special person in this family.” It was a pointed remark, out of nowhere.

I raised an eyebrow and said, “Is that so? Then who is?” Of course, I already knew the answer.

“Well, I am. You see, none of the rest of you daven [pray].” Without even a hint of humor she continued, “None of you know Hashem the way I do. I daven every day.” I tried very hard not to laugh because I could see she was being very serious and knew my laughter might hurt her feelings.

I was raised in a Reform Jewish family, going to synagogue twice a year on the High Holidays. We observed Passover with a seder at home. Initially, we celebrated Hanukkah until one day, when I was about 5 or 6, my mom asked me if I would rather get eight gifts once a year or gifts all year-round. Since that was a no brainer, Hanukkah morphed into just lighting the candles to observe and maybe making latkes. As an adult, I didn’t do anything to celebrate the holiday. That is, until we started having children.

My husband was raised Catholic, and I mean very Catholic. Mass was mandatory seven days a week in his household. Nowadays he observes nothing. Catholicism overload soured him on it, and he hasn’t expressed much interest in religion of any other kind. When we decided to get married, we talked about how we would raise our kids. My husband seemed skittish about flat-out raising our kids as Jews, but he admitted that “since they come out of you, doesn’t that make them Jewish by default?” We agreed that that’s Jewish law, but I have felt as though “by default” is what we’ve deferred to.

That is, until we decided to send our daughter to a Jewish preschool and kindergarten. It’s Chabad-affiliated, so Judaic studies are part of their everyday teaching. Now that my daughter’s in kindergarten, they study the Torah for an hour a day. The result? She has become a bit of a super Jew.

I have gotten used to conversations such as the following:

My daughter (with an admonishing tone): “Mommy. There’s only one King: Hashem.”

Once in a while, my husband seems nervous that he’s the odd man out. But I assure him that a lot of the knowledge she possesses far surpasses mine as well. I consider her a refresher course for me since she comes home from school on a regular basis and lectures me about the meaning of Purim or the true reason we celebrate Hanukkah, things I’d long forgotten about.

Lately, she lives by some sort of code of ethics that she believes will ensure her a place “in the new world.” I find it a bit worrying that she gives death any thought, but she tells me that as long as Hashem is happy with her, she’ll be able to advance to the new world. What is this new world? No idea. I think she’s referring to when the Messiah comes and carts us all off to Eden or something like that. See? I’m not the one with the vast knowledge of Hashem’s wheeling and dealing. When my beloved dog passed away recently, my daughter patted me on the back and said, “I know you’re sad, Mommy. But don’t worry. I’m sure Hashem will bring Zooey to the new world. You’ll see her again.”

Admittedly, I’ve used my daughter’s relationship with Hashem to my advantage a time or two. If she misbehaves or whines, I have asked her if she thinks Hashem would approve of her behavior. Maybe not the best parenting tactic, but she will stop and think about it, so maybe not all bad?

The other day my husband asked me, “Do you think Lilah is taking this Hashem thing too far?” And the answer is that her devotion makes me proud. I like hearing her identify herself as a Jew. At the very least, she will have some sort of a foundation of Judaism going forward that I may not have been able to provide for her due to my lack of Jewish knowledge. And I also think she’s 5 and deeply impressionable. I related an anecdote to my husband to give him some context for her obsession with Hashem.

When I was slightly older than Lilah, I was obsessed with Adam Ant. He was my Hashem. I told everyone I’d marry him when I grew up. I listened to his music every day on cassette tapes, wore t-shirts with his image emblazoned across, and hung posters of him on my walls. My brother made me a 20- dollar bet that my feelings for Mr. Ant would change in time. By the following year the posters of Adam Ant were replaced with posters of Patrick Swayze. And I was 20 dollars poorer.

And though I love the fact that right now, my daughter is in love with her Jewishness, I don’t know what her future holds. For now, I am tickled by the fact that when she thought I wasn’t listening, she was consoling her sobbing 1-year-old brother with the following utterance: “You don’t have to cry. Don’t worry. You’re a Jew, too.

When Lindsey Goldstein is not kvelling about her daughter, she writes essays, works on a YA novel, and is a physical therapist and a mother of two kids. She lives in Redondo Beach CA.