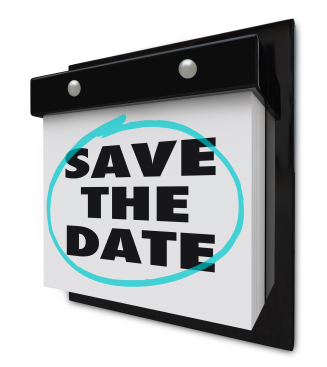 This year, we won the lottery. The school lottery.  We were among the lucky few to win a coveted public pre-kindergarten slot for Ruthie, at one of our first choice schools, no less. This means that last week we celebrated Ruthie’s last day of preschool, and with excitement and a twinge of nostalgia we will become an elementary school family in less than a week.

When I went to line up our fall calendars, I was faced with my first big school decision. Hopefully you have already realized that Rosh Hashanah comes very early this year. On Ruthie’s second day at her new school. Transitions are not easy at four years old, and after months of preparing for school, of trying to get her excited about her new classroom, her school uniform and making new friends, it feels like an unfair jolt to her system to go through the routine for her first day only to break it up by pulling her out on her second. And I have thought a great deal about the possibility of dropping her off at school on the way to synagogue that day – of not mentioning the holiday in the spirit of structure during a transitional time. After all, she’s nowhere near Bat Mitzvah age, and will spend her time at synagogue in childcare eating honey sticks and making a paper shofar.

As torn as I feel about breaking up her routine, however, she will miss that second day of school. Rosh Hashanah is important, as both a holiday and a time for our family to be together. Ultimately the observance and chance for reflection is more important than the bedtime difficulty the disruption will likely inspire. And in full disclosure, the thing that pushed me over the edge on this decision is the experience of navigating the holiday with my husband, and our annual holiday frustration.

Eric is very committed to raising the girls Jewishly, and began experimenting with observing the high holidays long before we were officially making a home together (like the year he secretly tried out fasting and didn’t tell me until the grumpy 3-o’clock hour rolled around). But for years we have hit a snafu in September. In the weeks before the holidays, we talk about our plans for them. Eric looks forward to services and family meals and the like. When the actual day of the holiday approaches, however, he realizes he has key a deadline the day after Rosh Hashanah, or an essential meeting the day of Yom Kippur, and he forgot about the conflicting dates. He scrambles last minute for what to do, sometimes giving his boss poor warning of his need to miss work and other times missing synagogue.

I inevitably get irked, disappointed, and say something unfair.

I used to blame his forgetting the date on his not caring about the holiday, or just not getting how important it was. Over time, though, I’ve come to understand that that’s not the story. It is a classic situation where the big things – whether or not we want to celebrate a holiday together – aren’t what’s tripping us up – it’s the little things. The little thing here is that for over 30 years Eric didn’t have to stay on top of an ever-changing lunar calendar to figure out when his holidays were. He didn’t need to step out of “regular” life every fall for the holidays. His forgetting was never that he didn’t want to, it was just that he never cultivated the habit. If we were going to be Jewish together, I needed to help him – to let him know as soon as I saw the dates, and to remind him once or twice (or thrice).

As an American Jew, the high holidays have always felt a little more sacred to me because even though “regular” life is going on all around us, we are required to stop and do something different. It is a profound time to sit in the quiet space of silent prayer in the synagogue, or by the water outside, and think about being Jewish, about how to be better people, and about the miracle of God. I was never going to win a perfect attendance award at school, but I was going to get a few extra days with family, and a few extra shots at reflecting on how to be a better me. So I don’t want Ruthie to have a year without that, even if she’s not old enough to truly get teshuvah (repentance). And I look forward to hanging that paper shofar up on refrigerator next to her first school art project.