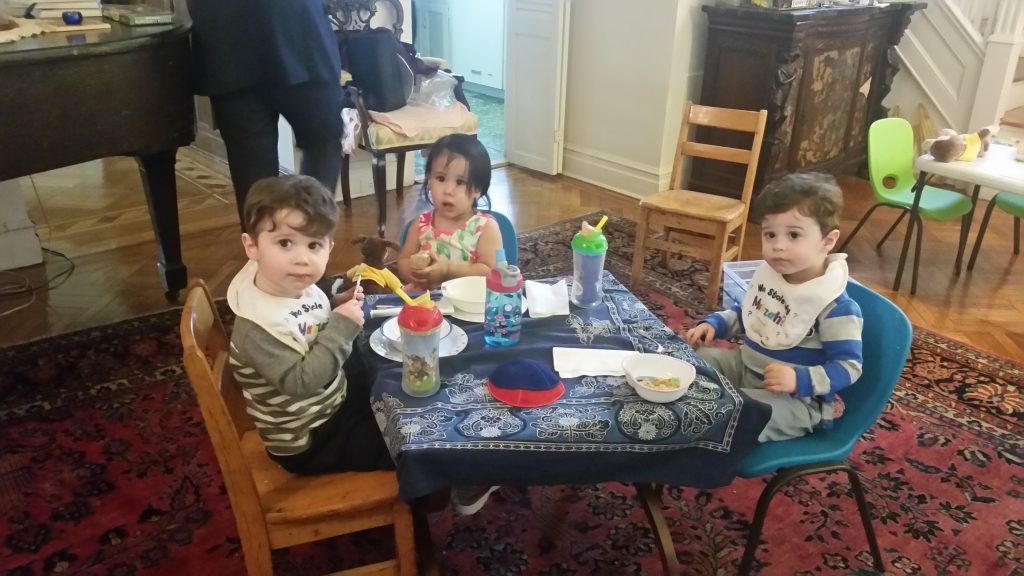 Passover is my favorite Jewish holiday because it is mostly about storytelling. Every year, my family sits around the Passover table and tells the story of how the Jews escaped slavery in Egypt by blindly following Moses across the Red Sea. The story is about freedom, faith and most of all, food. We eat matzah (unleavened bread) to symbolize the unleavened bread the Jews took with them on their long journey through the desert. We clean our houses and get rid of every last trace of bread. Then, my mother calls me 68 times about the Passover menu. In my head, I picture all the Jewish mothers in Egypt during Moses’ time asking, “Chicken, brisket or both?” But what I’ve always loved the most about Passover at my mother’s house was the kids’ table. It is the table I was always a part of until only recently. Now, there’s a new kids’ table and its guests include my daughter Helen and her two cousins (my brother’s boys), Jacob and Nathan.

I didn’t realize this phenomenon about the kids’ table until I brought over my half of the Passover menu in aluminum pans an hour before the seder. Adrian, my significant other who grew up in Mexico as a Catholic, pointed it out when he carried our daughter into my mother’s house. “My Mom used to do that at Christmas,” Adrian remarked when he saw one long table in my mother’s living room and the mini table at the end set with three kiddie plastic plates and spoons. Adrian comes from a family of seven kids and he loved my mother’s rendition of a kid’s table, which made him nostalgic. His family is scattered across the globe and his one dream is to have everyone go back to Mexico to sit at his mother’s table on a big Catholic holiday. But this year, Adrian was part of the Passover festivities even though he couldn’t totally grasp matzah.

“Yes,” I replied, “that’s the point. We suffered in Egypt and then we suffered with matzah.”

The kids’ table signified so much to me this year. For the first time in maybe 50 years, my uncle missed the Passover seder because he’s sick and my aunt couldn’t come either. My cousins were also absent. Usually, our Passover table is set for 15-18 people, but this year, it dwindled down to seven adults and three kids. This made me afraid because my brother was in charge of running the seder and I was in charge of half the cooking—it made me realize that the original Passover kids’ table was now the adults’ table.

My mother is getting older and I am trying to balance old traditions with new interfaith beliefs. Adrian and I are trying to show Helen that two cultures and two faiths can coexist and we are trying to do this by example. But sometimes, I still feel like a kid. Sometimes we don’t have all the answers and there are times that even when I make 22 chicken legs, the guests only eat the brisket. “I told you so,” I hear my Jewish ancestors whisper.

My nephews, who are twin boys, came in like a hurricane. They love Helen and arrived shouting “Helen, Helen, Helen!” When they saw my mother, who always brings them the challah bread and chicken noodle soup, they began to shout, “Challah, challah, challah!” But on Passover, we can’t eat challah or noodle soup, so they learned instead to shout, “Matzah, matzah, matzah!” And then continued with, “Adi! Adi! Adi!” for Adrian, their favorite uncle.

I marveled at the kids’ table for its differences and its similarities. This year, as my nephews speak English, Helen answers in Spanish. “No se,” she says, which means, “I don’t know,” and the boys laugh. But they look just as my brother and I had once looked. The only difference is that this Passover, like all future Passovers, there will be room for more than one faith. Adrian sits at the table and is reminded of Catholic holidays in Mexico, I sit at the table and am reminded of my father and how he, too, loved a good story.

The traditional Jewish four questions, to be asked by the youngest child at the table, are sung by everyone, in Hebrew. “Why is this night different from any other night?” begin the questions. I laugh because I want to look up at God and say, “Seriously?” But instead, I think of a proverb appropriate for this Passover from the New Testament: “Get rid of the old leaven of sin so that you may be a new batch of dough – as you really are.” (Bible, I Corinthians 5:7) This quote gives me hope for the future and urges me to shed my old skin and step into my new real one of woman, mother and two-faith-household-builder. 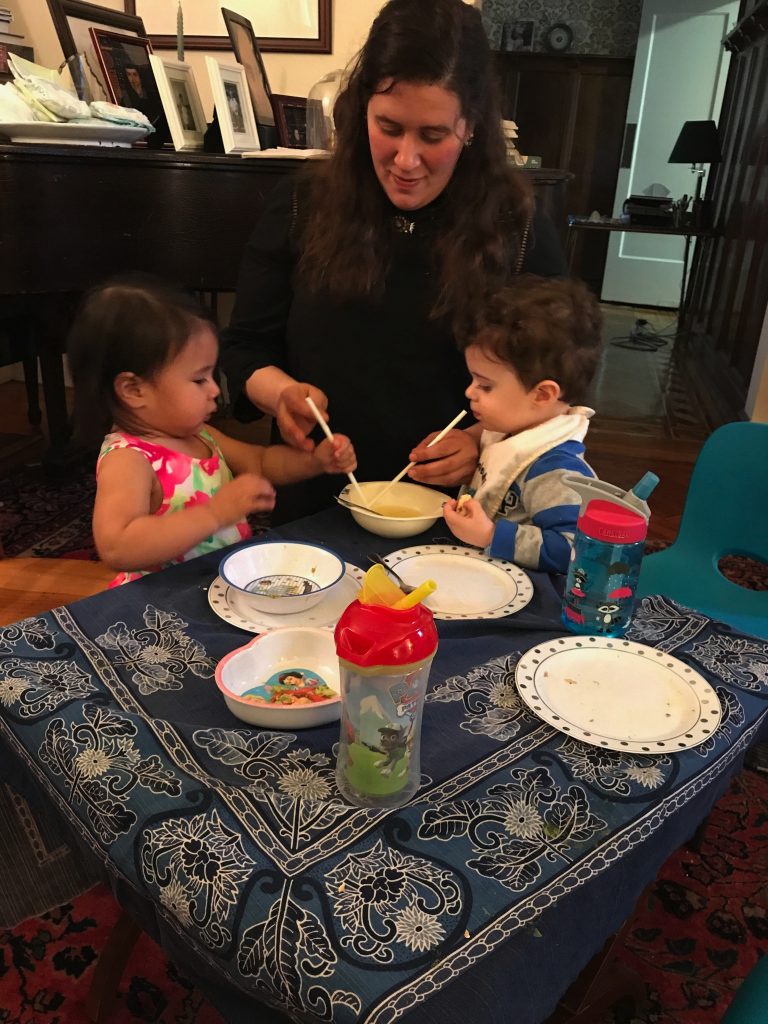