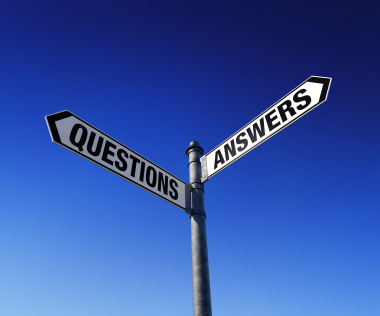 You might also find our 10 Questions Non-Jewish Partners in Interfaith Couples Ask helpful.

So you’re in love with a non-Jewish person. You have questions about how to make it work. Don’t worry; we can help. We’ve compiled a list of the 10 most common questions that we hear from Jewish partners in interfaith relationships.

We strongly believe that interfaith couples should choose one religion in which to raise their children, and we encourage couples to make that religion Judaism.

2. How do I explain to my parents I’m in love with a person who isn’t Jewish?

One of the reasons you’ve come to this site is you’re probably worried about what your parents will think. It’s a valid concern. Many adults who were raised in the ’60s and earlier have strong negative feelings about intermarriage.

While your parents may not approve immediately, we’ve found that many parents become comfortable with, and receptive to, your relationship with a non-Jewish person over time. That’s why it’s best to tell your parents early in the relationship, so they aren’t shocked by the news of your engagement.

Some readers have posted their stories about dealing with their parents on our Discussion Boards.

Regardless of their response–or the response you expect from them–this is ultimately your decision. It’s your happiness at stake, not theirs. You need to weigh the pros and cons of the relationship on your own. Your parents’ approval or disapproval may or may not be a factor in that process.

The answer is definitely yes. But it’s not always easy. There will be complications–holidays, questions of how to raise the children, whether to go to church or synagogue–that you might not have in a couple with two Jewish partners.

Nearly half of all new marriages involving Jews are intermarriages. We’ve published literally hundreds of stories from people who have successful interfaith marriages.

Interfaith marriages, like all marriages, require constant negotiation and communication. You may have to compromise in some ways, perhaps by spending Christmas with your partner’s family, or combining Jewish and non-Jewish elements into your wedding.

Yes, there are many rabbis who will officiate at weddings between a Jew and a non-Jew. Some will co-officiate at a ceremony with a non-Jewish pastor. If you are looking for a rabbi to officiate at your interfaith wedding, fill out our Rabbinic Officiation Request Form.

5. Will any synagogues accept us?

Yes, many synagogues are very accepting of interfaith families. It’s easy to find one in your area.

6. What do we do about the kids? Why can’t we raise the kids with both?

Deciding how to raise one’s children is a very personal decision. Experts suggest that couples should decide on their children’s religious upbringing well before conception, ideally even before marriage. For ideas on deciding how to raise your children, read Considering Religion: How Will You Raise the Kids?.

At InterfaithFamily.com, we strongly encourage interfaith families to choose one religion for their children. Often attempting to raise a child in two religions leads to confusion for the children, or the child ends up with no religion at all–or the child decides to adopt whichever religion is more socially acceptable. There are also fundamental philosophical conflicts between all religions that cannot be reconciled. For example, one cannot simultaneously believe that Jesus Christ is the Messiah and believe that the Messiah has not yet come.

For more on raising children in interfaith families, visit our Parenting Resource Page.

7. I don’t go to temple or keep kosher. How do I explain to my partner that it’s important to me to have Jewish kids?

This is one of the trickier dilemmas facing Jewish people who are considering intermarriage. Non-Jews tend to view Judaism strictly as a religion, so they often have a hard time understanding why a non-religious person would feel strongly about raising their children Jewish.

You can start by explaining to your partner that Judaism is both a religion and a culture. As strange as it may seem to your partner, what you believe does not define whether or not you’re Jewish. For you, carrying on the culture–whether that be in the form of celebrating the major holidays at home, eating Jewish foods or teaching your children Yiddish–may be much more important than teaching your children religion.

You can also explain the importance of Jewish continuity, if that is something you value. With only 14 million Jews worldwide, the Jewish people are a tiny minority compared to the 2.1 billion Christians and 1.3 billion Muslims.

You’ll need to be patient with your partner. Understanding these concepts can take time.

It is helpful if both you and your partner learn more about Judaism, so you can clarify what it is that’s important to you, and your partner can understand your relationship to Judaism better.

A great resource for information about almost any aspect of Judaism is MyJewishLearning.com. Many temples also offer free introduction to Judaism courses called “A Taste of Judaism.” These classes welcome people who aren’t Jewish, especially those in intermarried couples. To see if there’s a class in your area, click here.

There are also many good books available in your local library or bookstore on the basics of Jewish parenting. We recommend How To Be a Jewish Parent, If I’m Jewish and You’re Christian, What Are The Kids? and The Blessing of a Skinned Knee: Using Jewish Teachings to Raise Self-Reliant Children.

For more on raising children in interfaith families, see our resources on parenting.

8. If we raise the kids Jewish, won’t my partner resent giving up his or her religion?

It’s possible. That’s why it’s important to do three things: communicate, negotiate and work together.

Once you decide to raise your children Jewish, you should discuss with your partner in-depth what that means and what they’ll need to maintain their religious identity. This will be an ongoing conversation. But you should respect the sacrifice they’ve made and honor them for their willingness to raise their children in a tradition different than their own.

Raising children Jewish with a non-Jewish partner involves negotiation. That may mean having a Christmas tree as well as a menorah or accompanying your partner to his or her place of worship.

Once you have the children, it’s important that both you and your partner take part fully in their Jewish upbringing. Nobody wants to feel “left out” of the process of raising their own children.

Read the answer to Question 7 for some ways that both you and your partner can learn about raising your children Jewish.

9. My wife’s not Jewish. Doesn’t that mean my kids won’t be Jewish either?

Most people believe that you are not considered Jewish unless your mother is Jewish, but that’s not true.

While the Orthodox and Conservative movements don’t consider the children of Jewish fathers and non-Jewish mothers Jewish, the Reform movement–America’s largest Jewish movement, with 1.5 million members–considers the children of one Jewish parent Jewish. The only requirement is that the child be raised with Jewish beliefs and practices.

If your family joins a Reform temple, your children will be fully accepted as Jewish, along with the many other children of interfaith families at your temple.

Also, the Reconstructionist, Secular Humanist and Jewish Renewal movements recognize the children of non-Jewish mothers and Jewish fathers as Jewish.

10. What do I tell my kids about interdating?