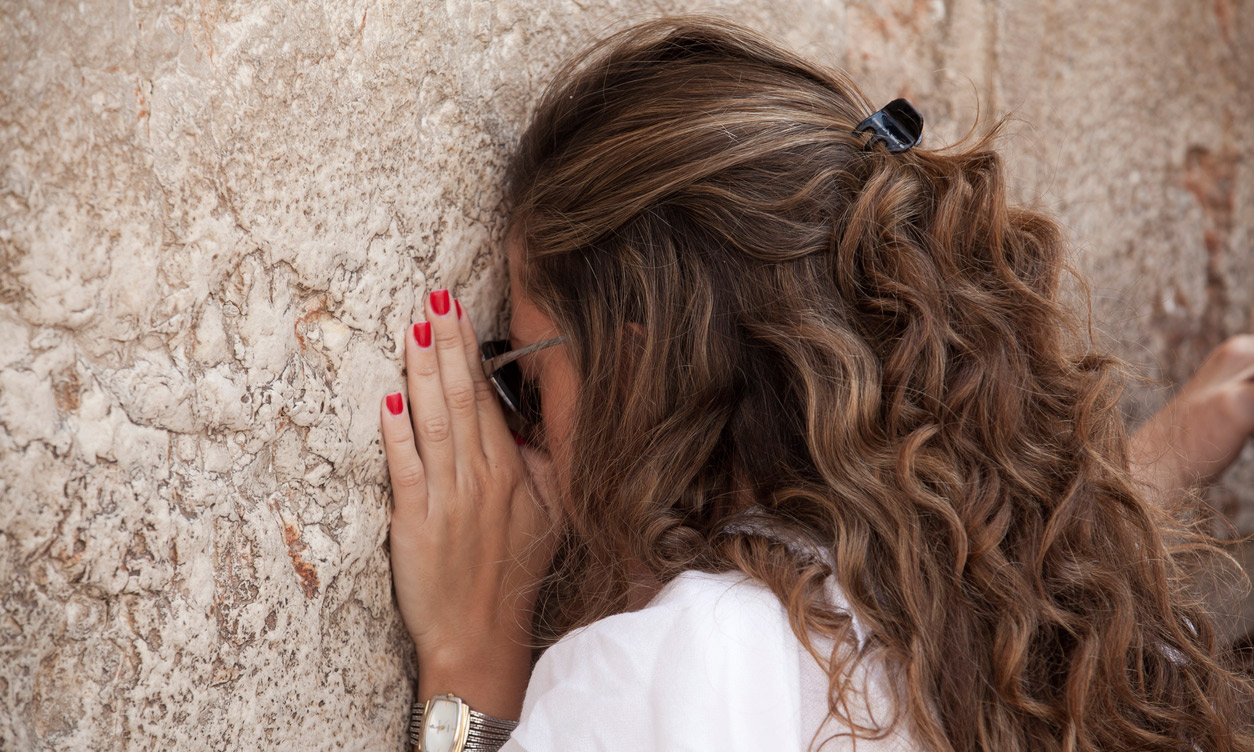 My father and I share a common story. We both grew up in big cities populated by people of our ethnicities, but neither of us were willing to learn about them despite a parent’s urging. We left home for college where we studied secular pursuits until a singular moment in adulthood urged us to study our collective past–just not the same collective past as the other.

My father, born to Catholic Italian immigrants in the Bronx, N.Y., decided to learn his parents’ language after their deaths in the late 1990s. I was born in Baltimore City, raised in the county and decided on a whim to explore my heritage after some African American high school classmates returned from a multicultural conference. My mother’s Eastern European-based Jewish heritage, that is. When I first announced my quest to explore Judaism, my parents were reticent that my zeal would distance me from Dad. “I support you in whatever you do,” he told me once, “so long as it doesn’t take you away from me.”

At first, I did feel myself growing distant. I was re-learning the Saturday morning Shabbat service and sometimes I longed for a father who had become bar mitzvah, could don a Jewish prayer shawl and approach the bimah, or knew Hebrew, so I didn’t have to point out the words so he could follow along.

But as I grew more comfortable in my Jewish identity, I realized I no longer needed my parents to define me. I began to realize the similarities between my Dad and me, rather than the differences.

When it comes to personality, my father and I are very similar. We’re quiet, introspective and tend to look for personal meaning in our lives.

We also share an interest in how religion defines people. When the Pew Forum on Religion & Public life came out with a new report, it was him I called to discuss several of the statistics in detail. He’s been interested in denominational differences, for example between Catholics and Protestants, or Sunni and Shiite Muslims. I’ve often complemented the discussion with my knowledge of different movements in Judaism. It really helped that I had a receptive and curious audience; he would often ask me questions, which would lead me to explore the many complexities of Jewish practice.

In 2004, I participated in a Taglit-birthright trip to Israel and to this day, I confide in Dad about my memories of an Israeli soldier guiding me up Masada or being pressed against the women at the Western Wall, the stone hot and smooth under my hand as I grasped for the spiritual connection they taught me about in Sunday School. I think this is because my Dad knows what it feels like to strive for a cultural bond. I remember when I was in high school, we took a two-week family trip to Italy, staying part of the time with my Great Aunt Jissupina in a town near Naples. Dad would sit with the old women in front of her apartment building every night trying to perfect his Italian. They would laugh at him in raspy voices and he would explain to us that he could understand far better than he could actually speak the language.

My mother’s story is different from ours. She went to Hebrew School for most of her childhood and occasionally reads from the Torah on Yom Kippur. She was involved in various teenage youth groups and went to Israel for an eight-week trip where she worked on a kibbutz. By the time she met my father, she’d left her tight-knit Jewish community in Kansas and was interning at a hospital halfway across the country. My grandfather allegedly took my father aside around the time they were engaged and told him, “You know, we’re surprised, because Marcie was complaining there were too many Catholics down there in Baltimore.”

My dad hasn’t been affiliated with the Catholic Church for a few decades. He grew out of the habit of attending Mass in high school and later questioned the church’s cover-ups of scandals involving the clergy. I can’t help but feel a personal touch of relief at that fact. When my dad talks about his culture, he mentions listening to Luciano Pavarotti, viewing Michelangelo’s David in Florence and sitting down to four-course meals with his family every Sunday. And I begin to realize that these are things I don’t have to distance myself from because I am a Jew. These are part of my heritage as well.

From what I’ve read and heard discussed of a “traditional” Jewish view on interfaith marriage, the children of these unions are perceived to be lacking. I have “half” of a heritage because my father didn’t have a bris and wasn’t given a Hebrew name. My parents, however, have tried to imbue me with the sense of being doubly blessed. I could never be, nor would I choose to be, Catholic, but I take great pride in being an Italian-American, the same as I’m proud to be a Jew. I am also grateful that my parents have personal pride in their separate heritages, as well as respect for the other.

I don’t believe I’d be as strong in my sense of Judaism if it wasn’t for my father. He has challenged me, intrigued me, and guided me to take a deeper look into who I am and how I fit with the heritage handed down to me. We may not share the same religion, but he’s the biggest mensch I’ve ever been privileged to know.

Rachel Mauro graduated with a bachelor's degree in English in 2006, and a master's in Journalism in 2007. She's interned at the Jewish Telegraphic Agency and the B'nai B'rith Klutznick National Jewish Museum. For more information, please visit rachelmauro.net.
View all posts by Rachel Mauro →